A Taste of Safari 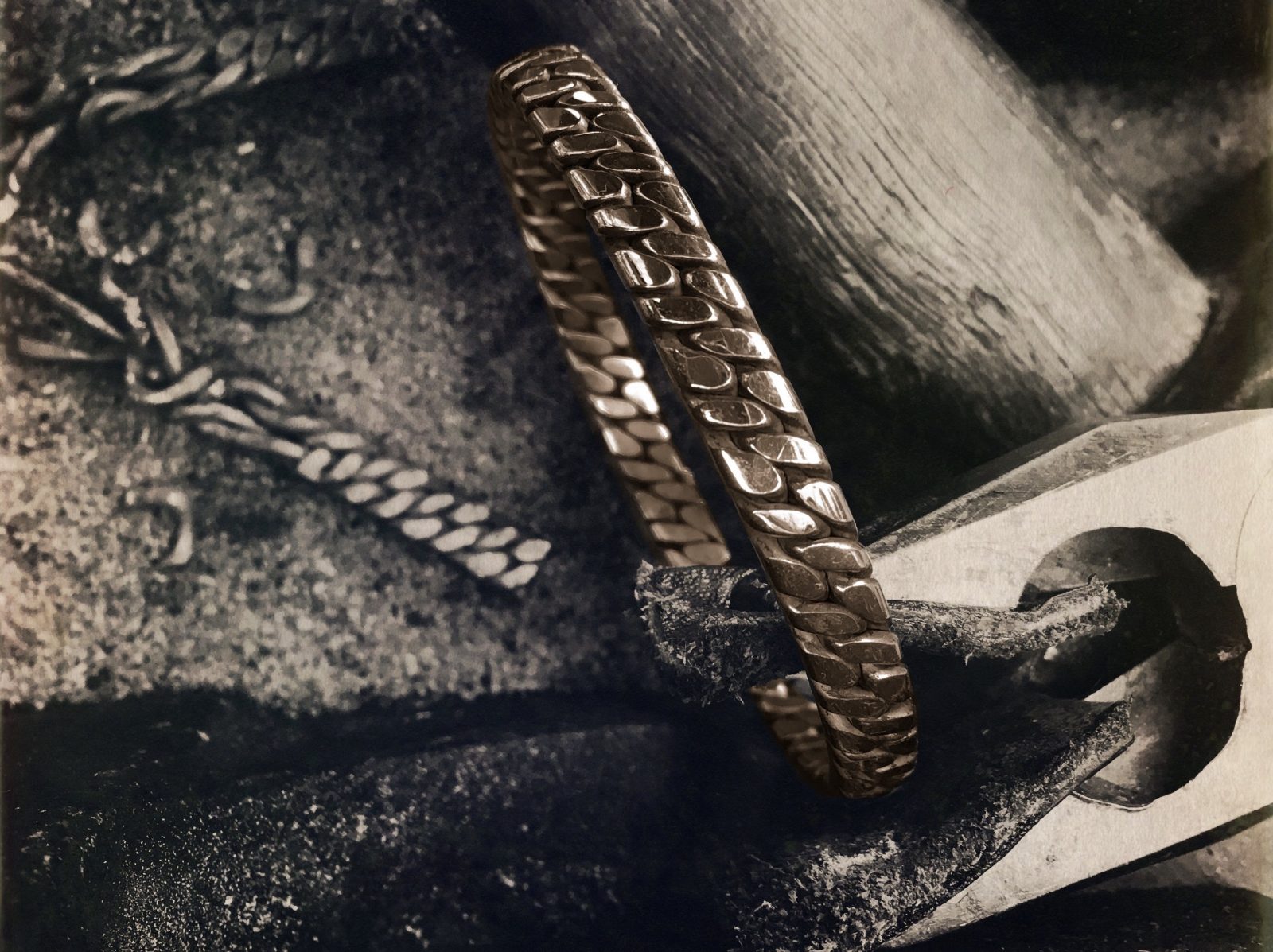 In 1616, the Portugeuse explorer Gaspar Bocarro travelled overland from Tete, an old mudwalled trading post on the banks of the Zambezi, to the east African port city of Kilwa. At a village near his starting point, in the territory of the MaKaranga, he bought a thousand copper wire bangles to use for expenses on his journey. Copper bangles served as a general-purpose currency. They were used to purchase food and pay for accommodation. They were also used to pay tribute to chiefs who, in return, provided guides and personal guarantees of safe passage through their kingdoms. Bocarro recorded that these bangles were the only universally acceptable exchange medium throughout the region …

Merchants and Traders in Southeast Africa

Mountains of the Moon

The word safari was introduced into English by the Victorian explorer, ethnologist, and linguist Richard Francis Burton after his fever-ridden expedition to the Mountains of the Moon. From 1857 to 1859, Burton explored the East African interior and attempted to map a series of lakes that were said to lie in these legendary mountains, and were understood from accounts of Greek and Arab geographers to be the source of the Nile. His search followed the trade routes that led between the interior and the old Swahili towns that were scattered along the East African coast.

A trade caravan was called a ‘safari’ in Swahili, from the Arabic (and Urdu) word safar meaning “a journey”. Caravans followed old trading routes long established by African farmers, hunters, and metalsmiths in the interior. Central East Africa had (and still has) a single rainy season, roughly from December to April, and a single dry season spanning the rest of the year. Most copper and iron smelting and long-distance trading expeditions took place during these dry months. Outbound safaris departed between June and September (early in the dry season) and announced their arrivals at the coast between August and October, with porters blowing horns and beating drums as they neared their destinations. Merchants from coastal towns would then meet them on their approach and compete for the right to sell their ivory, hides, horns, and other trade goods to traders from distant shores.

By the 19th century, ivory was the most important commodity traded from the African interior, and caravans of professional traders – Nyamwezi (a name recorded in ancient Indian texts meaning “men of the moon”) as well as Swahili and Arab traders – ventured deep inland to find the best tusks. Tsetse fly prevented the use of pack animals on these trading expeditions. Ivory and trade goods had to be transported on the shoulders of porters, escorted by guards who protected the convoy from the attacks of marauding animals and wild men.

“Do not speak of a rhinocerous if there is no tree nearby.”

The people of the East African coast were commercial intermediaries. Luxuries and raw materials from the African interior were exchanged for manufactured goods from the East through port cities like Mogadishu, Malindi, Mombasa, and Sofala. Swahili merchants and traders from Arabia, Persia, and India exchanged more than just merchandise, they also shared ideas and a love for well-prepared food.

Safaris varied in size according to their destinations. Some set out from the coast and ventured deep into the interior where giant baobabs were said to drop from the skies fully grown and were buried as they had landed, upside down with their roots still in the air. These long merchant caravans – that could number between 400 and 500 men – travelled through miomba woodland savanna where flame trees burned with vermillion red flowers, and grasses green from seasonal rains turned golden yellow during the dry months. They made their way through lime-green fever tree forests and under sausage trees where the dappled shade sheltered spotted leopard.

“The eye never forgets what the heart has seen.”

Other safaris were less ambitious in duration, their destinations being the palaces and country houses on coconut and clove plantations along the Mrima Coast (the traditional name given to part of the eastern coast of Africa opposite Zanzibar). These travelling processions included men and women escorted by guards dressed in clean white robes armed with muskets, swords, and daggers, accompanied by porters carrying provisions on their heads, far more than might be needed to make allowance for any losses. Women sat atop leather saddles, on colourful saddlecloths, riding white horses with tails dyed henna red for the pleasure of their riders. Ladies on safari wore their favourite shirts and trousers made of light calicoes and muslins, all richly embroided, and they wore anklets with small brass bells that challenged the sounds of the cicadas with every step. Attendants walking alongside them carried tall parasols offering shade from the African sun and large lanterns at nightfall to light the way.

Wherever the destination and whatever the circumstance, safaris were never easily forgotten and no sooner had one been completed than the next was being planned. And between safaris, adventure was always to be had in the kitchen. Below are a few of our favourite recipes, inspired by traditional southeast African dishes, slow cooked in cast iron pots over open flames and full of spices, a taste of adventure from our kitchens to yours. (Our recipes include lean ostrich meat as an ingredient, often combined with fatty lamb cuts for succulence. If you can’t find an ostrich you can use plain lamb instead.)

Heat the oil in a pot, add the lamb and ostrich pieces a batch at a time, brown in the oil and remove. When all the meat is browned and set aside, cook the chopped onion for 5 minutes in the same pot until the onion begins to turn transparent (with a splash more oil if needed). Add all the spices and continue to cook for another 5 minutes or so.

Return the meat to the pot together with any juice that may have accumulated. Add the stock and the bay leaf.

Reduce heat to the lowest possible, cover with a lid and simmer for 1 hour, then remove the lid and stir. Keep the pot on a low heat, breaking up the meat as it cooks and adding a splash of water if needed to prevent it from drying out. While the meat is simmering uncovered, chop the butternut into 2 to 3cm cubes and place in a roasting pan in the oven and roast covered for 30 minutes. Remove from the oven, add olive oil, chopped dates, and cayenne pepper. Return to the oven for another 15 to 20 minutes.

Cook borrie rice (white rice cooked with turmeric and cinnamon; with butter and raisins added) and plate with a big spoon of the bredie and a portion of the roasted butternut and dates.

Slice up the onion and fry with cumin until starting to colour, then add chopped green pepper, chopped tomato and cayenne pepper and fry for 10 minutes. Allow to cool and chop fine.

Chop almonds finely using a stone mortar and pestle or in a blender. Toast the chopped almonds in a pan or place in oven under grill for 2 min (check that they don’t burn).

Mix the lamb and ostrich mince together in a large pot and then add salt and pepper, the finely chopped onion mix, finely chopped and toasted almonds, eggs, and chopped parsley. Using your hands, form the mixture into meatballs and place on a wax paper lined roasting tray. Cover and place in the fridge for a couple of hours.

Drizzle with a bit of olive oil and cook in an oven at 220C for 45 minutes.

Heat the oil in a pot, add the ostrich pieces a batch at a time, brown in the oil and set aside. When all the meat is browned, cook the chopped onions and spices in the same oil (add another splash if needed) for 10 minutes (will smell fruity). Return all the meat to the pot with any juice that may have accumulated.

Add the chopped potato, the stock and a bay leaf. Reduce heat to lowest possible, cover with a lid and simmer for 1 1/2 hours or so. Remove lid, stir and cook for another 30 minutes, breaking up the meat with a flat edged wooden spoon to thicken the bredie.

Add the coconut milk and stir. Heat over a medium flame.

Heat the oil in a pot and add the onions and spices and cook for about 10 minutes. Add the mince and cook for a few more minutes until brown.

Add vinegar, raisins, sugar and chicken stock and mix well. Spoon mixture into a greased baking dish (or into a dutch oven). Place the bay leaf standing up in the mixture and bake in oven (or over coals) for 30 minutes.

Beat eggs with almond milk and pour over mixture, placing the bay leaf on top of the almond-egg mix. Cook for another 30 minutes.

Brown the meat in oil and set aside. Add a bit more oil to the pot and cook the spices and onions until transparent (about 10 minutes).

Return the meat to the pot with the water but not the lemon juice. Reduce the heat and simmer for 1 1/2 to 2 hours stirring every 30 minutes or so (breaking up the meat with the end of a flat wooden spoon during the last 30 minutes).

10 minutes before serving add the lemon juice and stir in well.

Serve with basmati rice and a wild rocket salad.