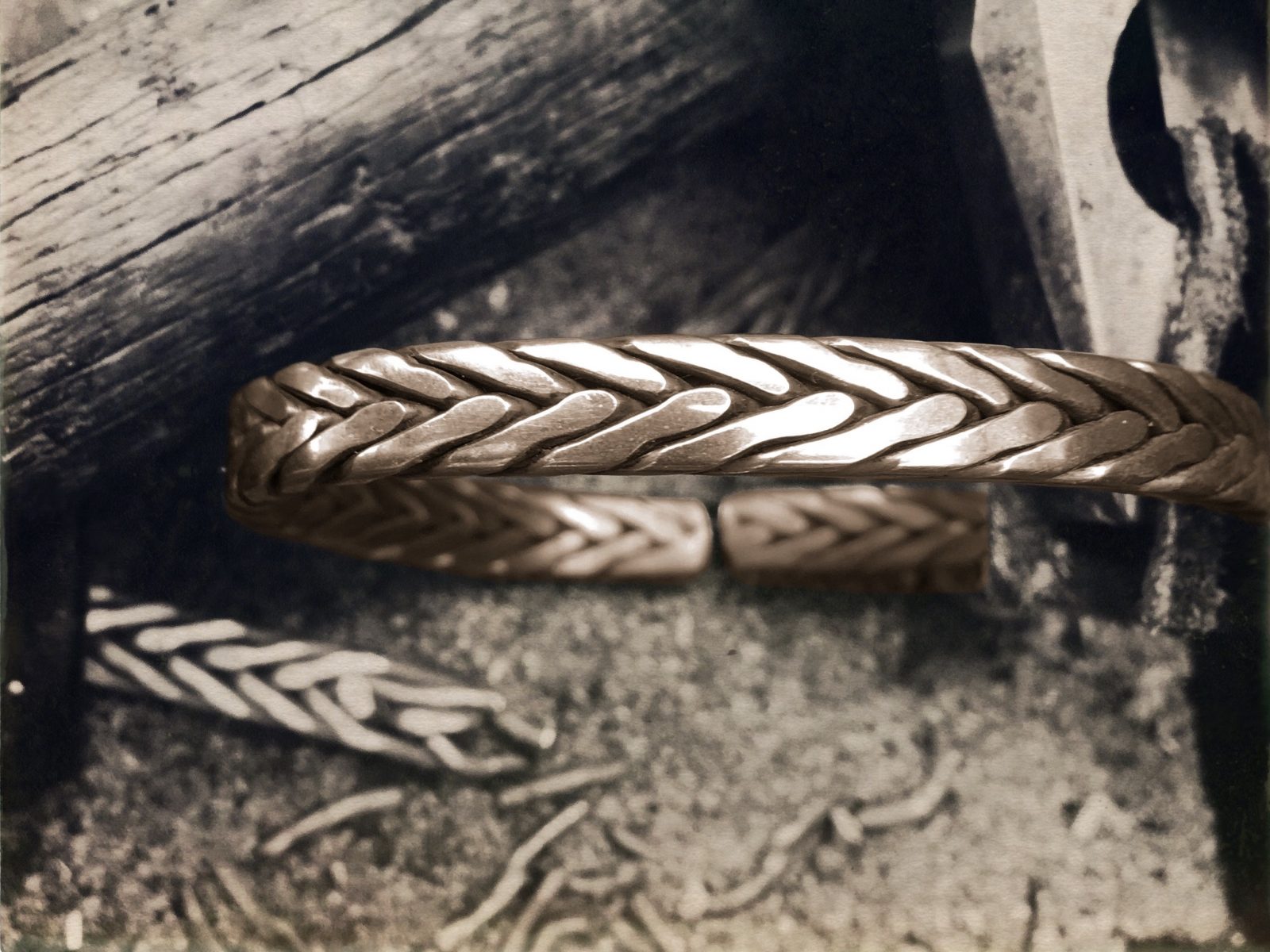 Mvumba means wildebeest in Karanga. The tangled manes and dark bands that line the broad shoulders of these unusually put together antelope are the inspiration for the wild twist of these copper bangles.

The annual wildebeest migration through the Serengeti and Masai Mara plains is one of the most spectacular animal migrations in Africa. Thousands of wildebeest weave their way through savannah grasslands and across the Mara River following seasonal rain toward greener pastures.

The earliest trade safaris to and from the Great Lakes in the East African interior were similarly governed by seasonal rains. Lines of porters carrying copper wire and other trade goods on the Masai caravan routes from the Mrima Coast passed many migrating herds of wildebeest. Wanyamwezi traders on the middle caravan routes that led from Lake Victoria to Zanzibar, and Yao traders operating the older and more southerly routes stretching from Kilwa and the Mwera Coast to Lake Malawi, often passed similar herds on their long journeys.

This range of copper bangles celebrates those nameless African pioneers and the winding trade routes that they established.

These twisted bangles are made of pure copper.